Growing plants is the perfect hobby for many people because it's relaxing and requires little effort. However, the tricky part lies in plant maintenance because if you don't take care of your plants, they can become unhealthy and even die quickly. For this reason, many people go for plants that are also low-maintenance, such as bonsai trees.

A bonsai tree is a miniature tree that's grown in a pot. The art of bonsai is primarily from Japan, but its roots date back centuries and originated in China. Bonsai trees are grown from regular-sized trees and shrubs, and the tree is pruned and shaped to remain small and fit in the pot. However, not all bonsai trees are the same because others are more resilient and have been around for hundreds to thousands of years. Few people know about these old bonsai trees, so we'll discuss them in this article. These include: The tree is a 400-year-old Japanese white pine planted just miles from where the first atomic bomb was dropped on Hiroshima, Japan. The tree survived both the blast and the ensuing turmoil. Bonsai master Masaru Yamaki gave the tree as a gift to the United States in 1975 to connect the two cultures. It wasn't until 2001 that Yamaki's grandchildren revealed the tree's connection to the Hiroshima bombing. This tree is a cypress that is said to have been planted in the same pot for over 200 years. This tree is particularly impressive because cypress bonsai trees require very exact and careful care. The tree is located at the Arnold Arboretum at Harvard University in the United States. The Ficus retusa linn is the oldest bonsai tree in the world. It's over 1,000 years old and lives in the Crespi Bonsai Museum in Milan, Italy. The tree is 10 feet tall and has a network of dense aerial roots and a perfectly balanced silhouette. This ancient ficus tree was transported to Italy in 1986 after over a decade of negotiation between previous and current caretakers. This tree is not only believed to be the oldest bonsai in the world but is also planted in the largest bonsai pot in the world, made in a single piece. The Dwarf Giant, also known as the "Pine of the Phoenix," is a 600-year-old bonsai tree that is 16 feet tall and 30 feet wide. It is one of the world's tallest and oldest bonsai trees and is housed at the Akao Herb and Rose Garden in Japan. The tree is also notable for its unique shape, which resembles a miniature version of a full-sized pine tree. The term "bonsai" is derived from the ancient Chinese art form of "pun-sai." This art form was originally only practiced by members of the elite class. However, as the practice migrated to Japan and evolved into bonsai, it became increasingly popular among people of all social classes, from peasant farmers to Japanese emperors. Also known as the Sandai Shogun no Matsu, the Royal Pine is a bonsai tree that has been cared for by a line of emperors for over 500 years. The tree was obtained by Tokugawa Iemitsu, the third shōgun of the Tokugawa dynasty, in the 17th century. Also known as the Juniper bonsai, it's a unique tree treasured in Japan's Omiya Bonsai Village. The village is home to many bonsai trees, and the Juniper bonsai is one of the most beautiful. The tree is nearly a thousand years old and symbolizes the village's history and culture.

The Price of Bonsai

Bonsai trees can be relatively cheap or very expensive depending on where you buy them and how old they are. There are two main considerations when pricing Bonsai, the first and most important is age. Bonsai is a living art form, in which time is measured in seasons and years. A mature tree usually has been grown, cared for and sculpted for seven years or more. The second consideration is the difficulty of growing that specific species and its rarity. Some trees like common boxwood can be found at every local garden centre, while others are such as the Japanese Black Pine are rare and hard to find at any stage. Prices for baby or young (pre-Bonsai) can vary between $20-$200 CAD. While Matures which are potted in handmade ceramic Bonsai pots range from $110-$570. Specimens which are very old trees of which there is only one and we show that exact specific tree when showing it on the website range from $300-$16000 CAD.

As you can see, bonsai trees are the perfect hobby for anyone who loves plants and gardening. Not only are they beautiful and unique, but they also require a lot of care and attention. If you're considering getting into bonsai, do your research first and buy from a reputable source. With patience and care, you can grow a stunning bonsai tree of your own.


If you’re looking for bonsai trees in Canada, BonsaiStore.co has what you need! We offer various selections for any garden and supplies such as pots, tools, and soil for affordable prices. Simply go to our website and take your pick!

The Best Bonsai Trees for Beginners.

Squishy Trunk on your Bonsai_What to do. 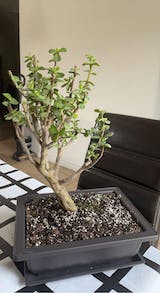 My jade bonsai arrived perfect! So well packaged
It’s just as on the website.
When I had any questions, customer service were quick to respond with helpful tips and care advice for my new bonsai 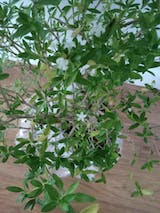 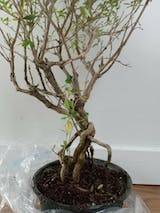 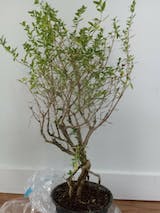